When viewing the homepage on a phone, tilt it sideways to not see one by one piece, but several columns at the same time.

2021 – Ondheim releases new EP, Godheim and ask me again if I can make something 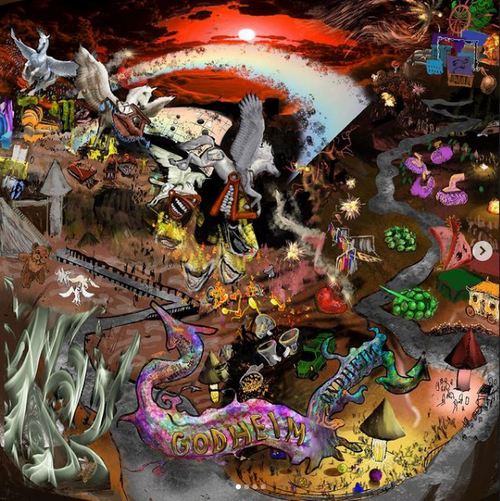 2019 - New York underground legend Kleenex Girl Wonder (Spotify catalog) ask me again if I want to be one of 4 reinterpreting the 20th anniversary release of "Ponyoak". I find that my art and the music/lyrics of KGW are offshoots of the same branch. 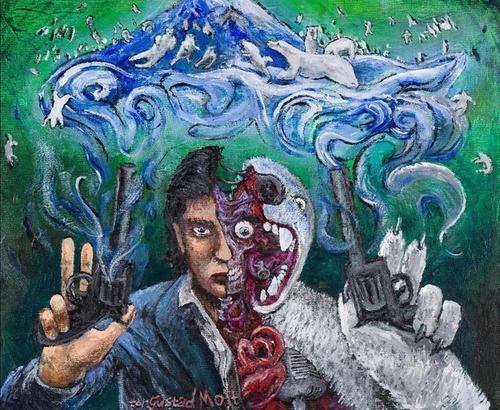 2018 - Johan Berggren ask me to draw his debut album “For now I’m good right here”. I make a front and backpiece.

2019 – based on the two subordinate projects, I was asked by the local library if I would lead a similar art workshop as one of their Sunday events. I called this “the Library” (videos not yet I’mplemented on my site, but it’s coming)

2018 – based on the piece I made for Rikshospitalet I was also asked by a neighbourhood annual get together to arrange an art workshop for the kids.

2017 – Norwegian This Sect asks me to design a T-shirt for them.

2017 - the team behind Itras by ask me (among several other artists) if I want to make some sketches for their expansion the menagerie. (breaking the 4th wall, the dream submarine, the mirror, the oracle, the metal forest). I’m pretty sure there is some gateway to Itra somewhere in my city.

2016 – Trondheim-based Ondheim release their self-titled debut and ask me to create a cover. 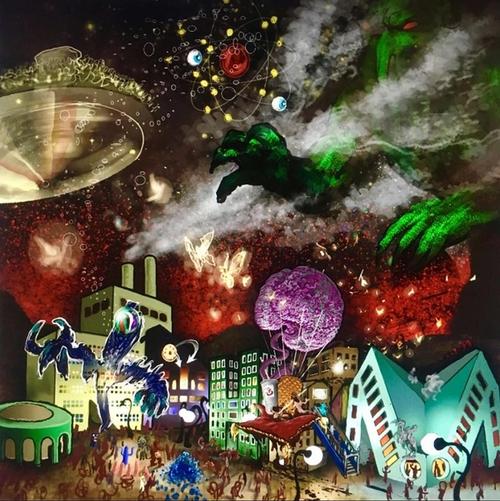 2016 - New York underground legend Kleenex Girl Wonder (Grahams homepage) gave me the opportunity to make the cover for his next release "The Comedy Album" (which is his 20th realease). This album is quite a good soundtrack for my body of work I feel (along with Yes Boss). 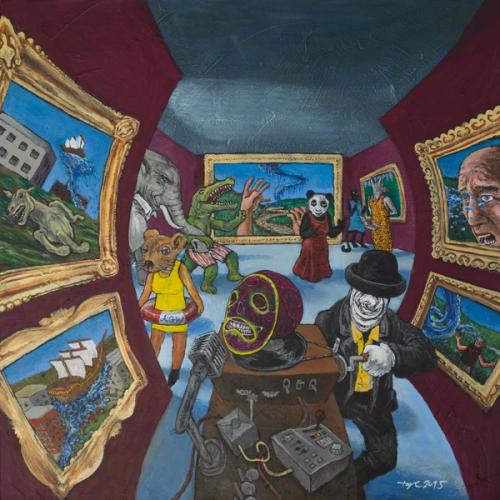 2015 – I decorated the entire nightclub Luna Park in Oslo Akersgate 47 - an alley going parallel to Grensen (two floors). Music in the video is made by the awesome duo Skyggesanger (fb) Spotify. Video is by June Witzøe Studio Eplekjekk.

2006 – The norwegian heavy metal band Stonegard release "From dusk to dawn" and my large drawings from the final year show in Falmouth got the gig! I also appear in one of their music videos for the album! 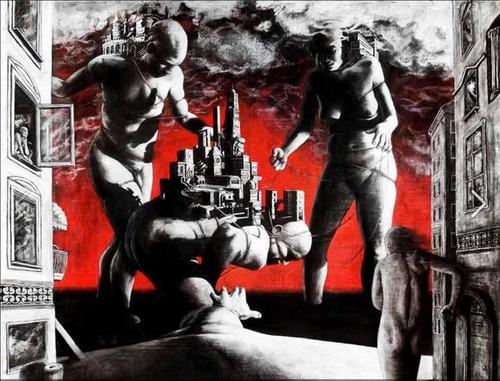 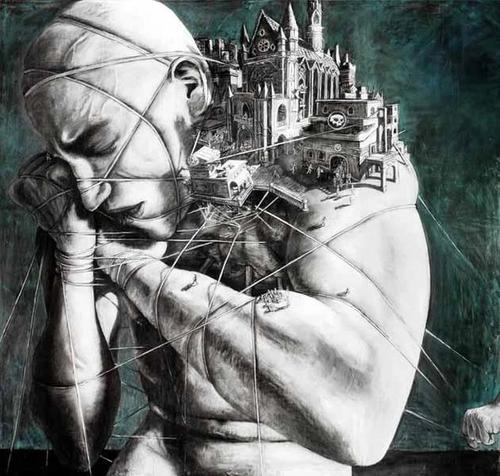 2022 – Husvarm - a new innovative way of exhibiting is experimented with. Hopefully they will draw momentum and have many more. Ransel Produksjon is behind it. The concept is simple but magnificent! "Buy a ticket for a date, which artists/musicians/dancers are unknown. The address is only available for ticketholders two days before the event" Also partaiking was musicians Øy (awesome electronica with stepping!), dancing company Panta Rei, singer/songwriter Louien, visual artist Jordin, and meme artist Afffirmations.

2016 – Drawing Biennale 2016. More than 200 artists were asked to depict somewhere in Oslo, with the only requirement that there had to be a drawing. Which prompted me to let Circus Tornardo loose.

2001 – Follo Folk High School, group show with the other students in a small extension on F-15, Moss Jeløy.

2014 – Dalype Gallery, Bentsegata 1 – All previous works that came through the eye of the needle: 200 sketches, ranging from the exhibition below as well as several acrylic paintings + 10 poems. 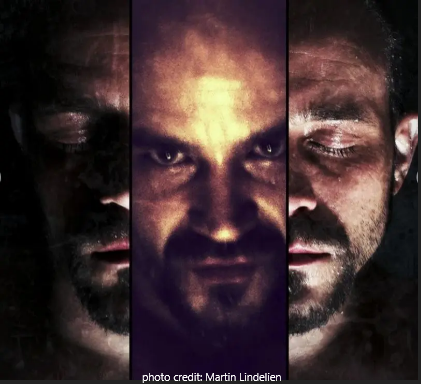